As we prepare to launch Season Four of the Way of the Renaissance Man Starring Jim Woods, here are the Fan's Choice Top Five Episodes from Season Three based on popularity of downloads. 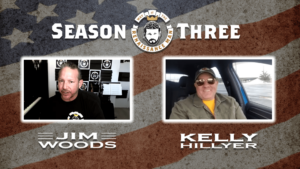 What’s it like to be responsible for guarding the highest-profile prisoner of the Iraq War? That’s a fascinating question, and the answer is equally fascinating, equally complex, and equally spellbinding.

In this episode, Jim speaks with Kelly Hillyer, the U.S. Army officer in charge of Saddam Hussein’s security detail. And while you might initially think guarding a tyrant would be an austere detail what you’ll discover is that the job was much more nuanced, and much more human than you can imagine. 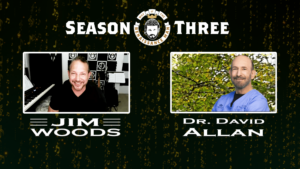 The music you’ll hear is an excerpt from a song written and performed by today’s guest, Dr. David Allan.

David is a Renaissance Man in the true sense. He’s an accomplished jazz guitarist, pianist, and trumpet player, and his early career and formal educational background is in music.

Yet like so many Renaissance Men, David is a seeker, and after pursuing his music career for a number of years, he began looking into ways to help people, and his fellow musicians, enhance their wellness and live better, healthier lives.

In this episode, you’ll learn all about David’s journey, and his approach to integrated wellness, one that incorporates chiropractic care, posture and movement education, exercise, lifestyle, and nutrition. 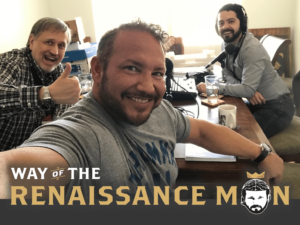 The tables are turned as Jim moves from host, to guest.

In this illuminating interview with business consultants John Paul Mendocha and Gabe Bautista for their Position to Win podcast that originally aired March 12th, 2020, Jim reveals his personal history, including his educational and professional background.

If you’ve ever wanted to find out what makes this Renaissance Man “tick,” then this special reprise interview with Jim is geared just for you. 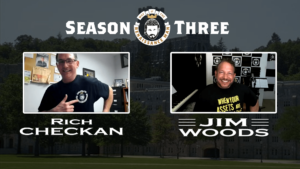 What do you get when you bring two Renaissance Men together to discuss the current political, social, and financial market craziness?

You get a really fun, lively, and informative conversation between Jim and former U.S. Army officer, West Point graduate, and current expert on investing in precious metals, Rich Checkan of Asset Strategies International.

In this episode, Jim and Rich talk about the Capitol Hill insurrection, the state of societal discord, the importance of listening to others, and the current and future prospects for investing in gold and other precious metals.

If you want to sit in on two friends discussing critical topics of the day, and how to approach them Renaissance Man style, then this is the podcast for you.

Number One most watched episode of Season Three…. 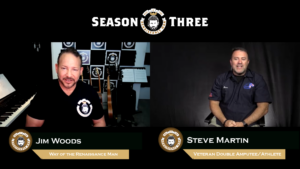 Some men, when faced with overwhelming, life-shattering adversity, choose to embrace the circumstance. And in doing so, they live a life of epic inspiration.

In this episode, Jim speaks with just such a man, former Army soldier and retired police officer, Steve Martin.

Steve is an Afghanistan war veteran whose battlefield injuries cost him both of his legs.

Yet rather than allow that to stop him, Steve chose to overcome his personal battles, conquer his inner demons, and live a life that we all can aspire to.

From overcoming pain medications and becoming one of the first double-amputee field police officers in the country, to becoming an athlete whose participation in high-profile competitions has elevated awareness for life after amputation, Steve is a man whose mindset we all can learn from.

If you want to be inspired by a real-life hero and learn about his new adventure with Friends of Freedom USA, then Jim’s conversation with Steve Martin is just what you’ve been looking for.

Stay with us as we bring you Season Four of Way of the Renaissance Man Starring Jim Woods. In this new season, join Jim as he continues speaking with many more interesting Renaissance Men, and Women, who can help us identify, understand and assimilate the key ingredients essential to constructing a life well lived. This season boasts entrepreneurs, politicians, media and sports personalities, and a passionate non-profit leader making a difference in the world one village at a time.

Now, we want to hear from you! Would like to share your opinion or make a comment on the Way of the Renaissance Man podcast? If so, then please leave your comment or questions in the space provided below and share this article with your friends and family on Facebook, Instagram and Twitter. Your comments or question could be chosen as our featured Ask the Renaissance Man Anything on a future episode.
For more great resources and inspiration visit WayOfTheRenaissanceMan.com

Previous articleStuck in a Storm? Do a Rain Dance
Next articleShaquille O’Neal Kicks off Season Four Way of the Renaissance Man Starring Jim Woods