Praise Capitalism and Pass the Ammunition

Last night, I had a dream about the day I stood in front of the American flag at the Military Entrance Processing Station in Los Angeles, lifted my right hand and took the Oath of Enlistment into the United States Army. On that day, I swore that I would support and defend the Constitution of the United States against all enemies, foreign and domestic, and that I would bear true faith and allegiance to the same.

Now, I am quite sure why that dream flooded into my silent lucidity, because, for the first time in many years, the world has witnessed the beginning of what could be the next big global military conflict.

Indeed, the scenes of Russian missiles pummeling Ukraine have sickened the world. And if you’re like me, the images of Russian convoys rolling into Ukraine, families being torn apart, some 800,000 refugees fleeing their homes and even children dying in the streets have infused your very soul with a deep sense of horror.

Yet, perhaps the most infuriating feeling you’re having is the same one that I have, and that is a sense of deep frustration and anger at knowing that there isn’t much we can actually do as individuals to help the Ukrainian people combat this evil. I mean, being on the losing side of 50 isn’t the best time in life to volunteer to take up arms and go hunting members of the Spetsnaz.

I can, however, use this platform to connect with the roughly 100,000 The Deep Woods readers and tell you about one great American company that is actually doing something amazing to directly help the Ukrainian people fight its war against Vladimir Putin’s aggression.

In a press release sent Monday, Feb. 28, the management of Ammo, Inc. announced that they have heard Ukraine’s President Volodymyr Zelensky’s plea for ammunition and decided to help.

“Ammo Inc. is offering to donate 1 million rounds of ammunition to the Armed Forced of Ukraine in support of their fight for independence and freedom,” a spokesman for the company said.

Here’s the money quote from Fred Wagenhals, CEO of Ammo Inc., regarding the ammunition donation:

“Ammo Inc., and we as Americans, stand firmly in support of Ukraine’s sovereignty and independence, as we stand for freedom and democracy everywhere. While we fervently hope for a quick and peaceful resolution to the crisis and that diplomacy will win the day, we condemn the Russian aggression and its threat to Ukraine’s territorial integrity and freedom. We recognize that events are unfolding rapidly on the ground in Ukraine, and we are prepared to move as quickly as possible to support Ukraine as it continues to defend itself and its freedom.”

“To see the people in Ukraine fighting, it’s terrible to see the lives that are being lost over there. And we have to do all we can, and I felt that with Ammo, Inc. and myself we were doing the right thing, and we are going to get that ammunition to them as quick as we can.”

Now there is a man, and a company, that are doing more than their fair share to help the Ukrainian people, and by extension, the free world. Moreover, this is a beautiful example of how entrepreneurship and capitalism are forces for good in the world.

In the interest of full disclosure, I personally know several big investors in POWW, and I have recommended the stock in my investment advisory newsletters. However, I do not currently own the shares, though I do use the company’s outstanding STREAK, non-incendiary visual ammo in my own marksmanship.

Finally, at the beginning of World War II, there was a popular song titled, “Praise the Lord and Pass the Ammunition.” This patriotic song by the composer Frank Loesser was a response to the attack on Pearl Harbor that marked United States’s involvement in the conflict.

Well, today, I think we are looking at a case of “Praise capitalism and pass the ammunition,” i.e., the passing of the ammunition from Ammo, Inc. to the valiant people of Ukraine.

May their righteous cause prevail. 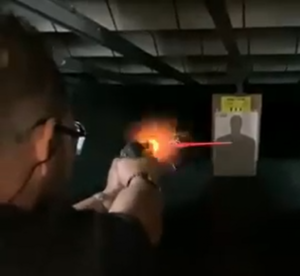 Three Pillars Form the Way of the Renaissance Man Ethos

Madison on Tyranny and Oppression

Three Pillars Form the Way of the Renaissance Man Ethos

Madison on Tyranny and Oppression